Decisions To Make When You Order A Custom Trade Show Tower

In the months that lead up a trade show you'll be attending, it's important to order all of the custom signage that you'll need for your booth. Custom sign companies offer all sorts of options, including trade show towers. This type of signage is available in several different forms but consists of a tower-like vertical structure that typically has fabric stretched across its frame. Due to its large size, a trade show tower can be one of your best ways to draw people toward your booth. There are several important decisions to make when you order this custom signage, including the following.

Trade show towers are available in several different heights, including many options that are significantly taller than the average human being. The taller your tower, the more easily visible it will be from afar. You should consider a few factors before you choose what height you want. For example, you'll want to determine the ceiling height in the trade show venue so that you don't choose a tower that is too tall. Additionally, consider the vehicle in which you'll be transporting your signage. If you don't have a vehicle that is long enough for the height of tower you want, you may need to figure out an alternate transportation method.

You'll find that trade show tower signage is available in several different shapes. Some towers have four sides, while others have a rounded shape. There are advantages to each option. With a four-sided design, you'll have four distinct faces on which you print information about your company or product. A tower with a rounded shape, meanwhile, can provide some appealing visual contrast if the rest of the signage in your booth is square or rectangular.

Trade shows can be visually overwhelming environments for attendees, thanks to the numerous displays that are situated in and around each of the booths. You want to do all that you can to draw people toward your booth. Having a large trade show tower can stand out, but there's little question that a backlit structure will stand out even more. People will be able to see your signage from a considerable distance away, thanks to its light. When people notice your illuminated tower, they may start to move toward it out of curiosity — which can help to get more people interested in your organization. Learn more about custom trade show towers by contacting a local sign company. 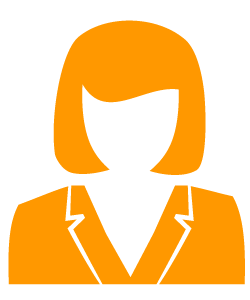 When I started my first business, I had taken a few business classes in college, but I still had a lot to learn. I had a good product to sell, but at first, sales were very slow. I wasn't sure just how to drum up business, and I didn't have money left in my budget to invest in a big marketing campaign. I was very lucky that local marketing professional stopped into my business, and although I couldn't afford to hire him, he did give me one free important tip: invest in better signage! Since signs are relatively affordable, I took his advice and traded in my old banner for a quality professionally designed sign. Foot traffic and sales increased rapidly. I learned a lot during the sign design process that I want to share on my new blog to help other small business owners out there who are struggling!